I Just found some pictures of one of my best memories.

These pictures belong to field experiments. The black and white pictures were originally in color (it’s only 20 years old) but in some moment the were converted for publication.

This is the AURORA robot 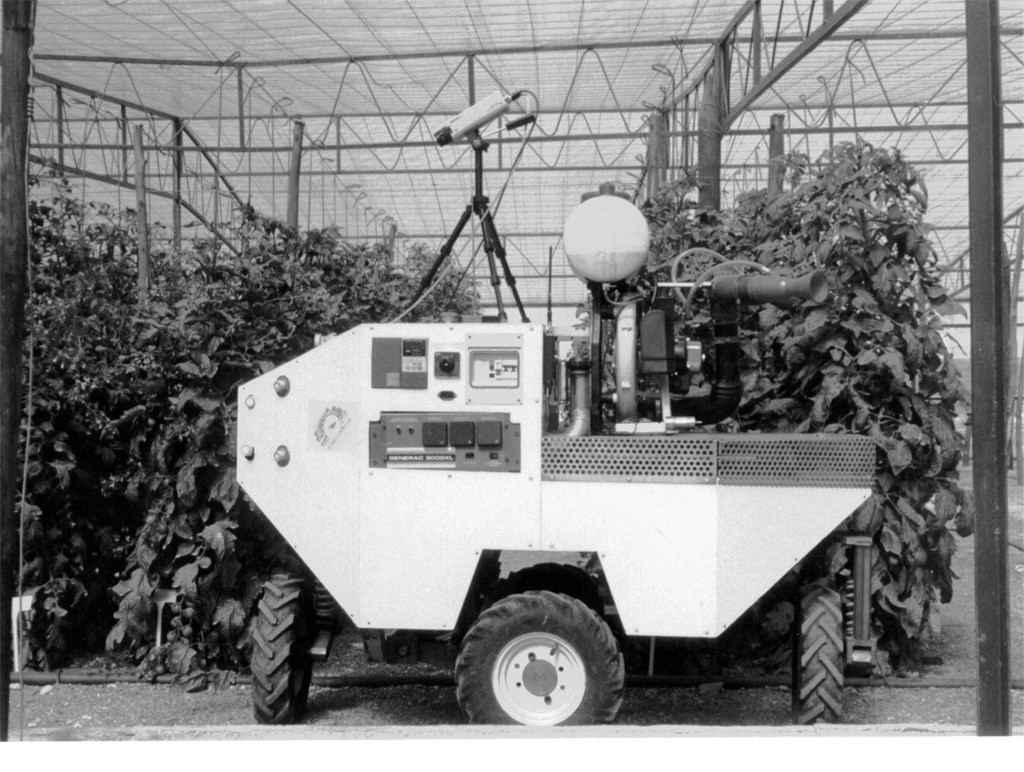 I used two CRT monitors: One for live video and another for computer command. I developed a remote/autonomous behavior navigation system that integrated the teleoperated control mode for task preparation and human intervention. A trusty 2048 bauds RS-232 radio modem can be seen among the monitors as the only data-link.

Once the robot was placed and the task loaded, it was ready to start the autonomous navigation.

By the way this was made without google, IEEEXplore, Arduinos, Youtube… Try to imagine.